There is an old saying in Yiddish "man trachts un got luchts" which means Man plans & God laughs...

I had an idea. It looked great in my had.
Have you ever had a great idea but it didn't quite happen according to plan?
Well, It's not that it didn't go according to my plan rather the results took me in another direction all together.

See, I wanted to create a scene that's reminiscent of an old "antiquie" study...dimly lit, old books...
(what exactly would a six months old baby be doing in the middle of it all didn't bother me at the time...), the result was to be a nice printed stately portrait.

But when I downloaded the images & looked at the stuff on the computer I couldn't stop smiling - baby girl (looks like a boy here) had the most express-full face, along with body gestures to match!

I couldn't pick just one, plus it didn't have the look I wanted anyways (read what went wrong below) but I had to do SOMETHING with it.

As I continued to look, a story was unfolding in my mind...what if..she was left alone at the wizard's den...& got into trouble touching something she wasn't supposed to touch? - that IS what babies do :)

I happened to be testing out a slideshow making software so I decided to plug it into a timeline & see what happens - this is the result: (watch with sound on if you can!)

What went wrong -
- PJs needed to be different, darker in color & different in style to really blend into a stately portrait.
- She was at an age where it's not so easy to sit still especially when there are cool looking "things" all around you want to play with (search & destroy).
- My back light was too bright but it was difficult to reach with all the props I had in the way so after a few tries with diffusion paper I gave it a rest - I should have moved everything a few feet forward...next time :)
- Some would argue I had too many props...


Here are a few BTS images: 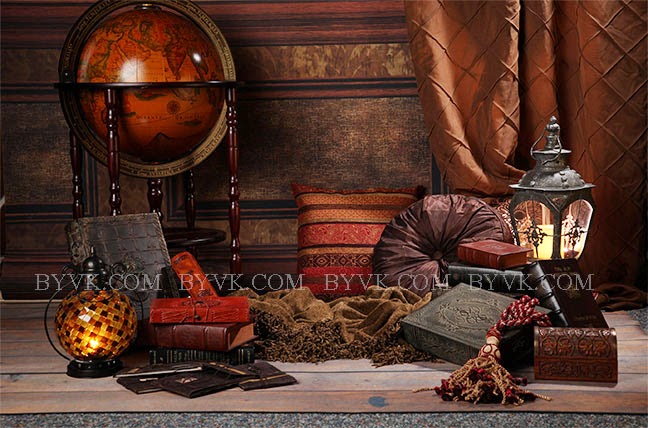 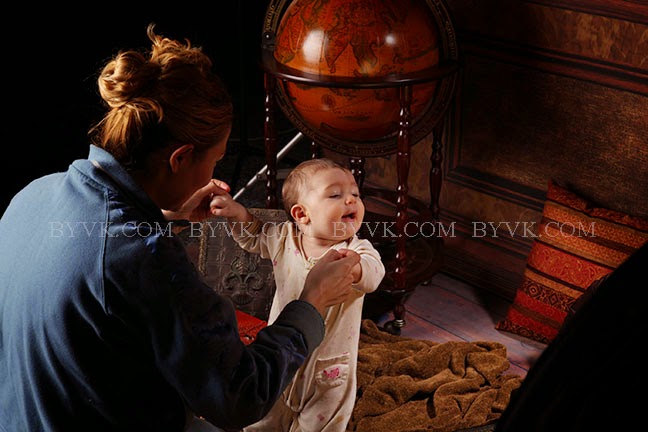 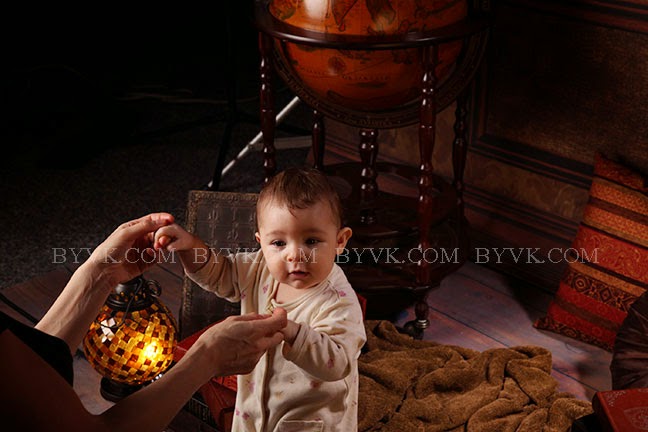 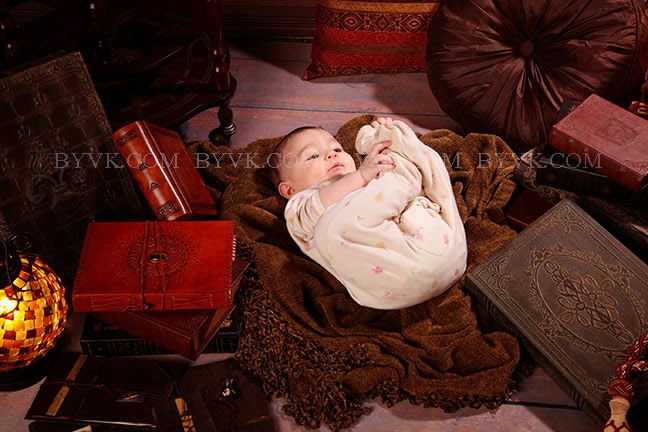 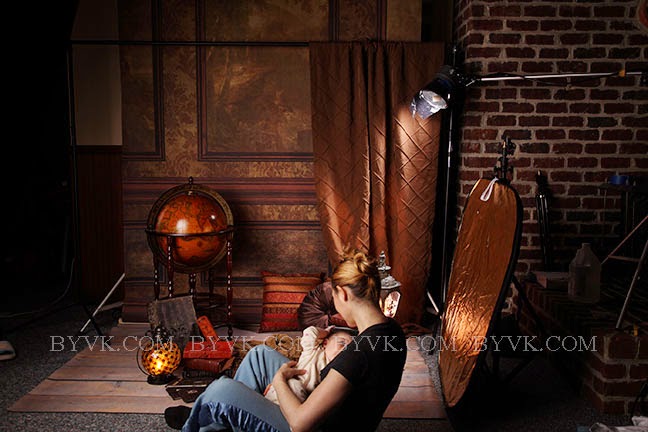 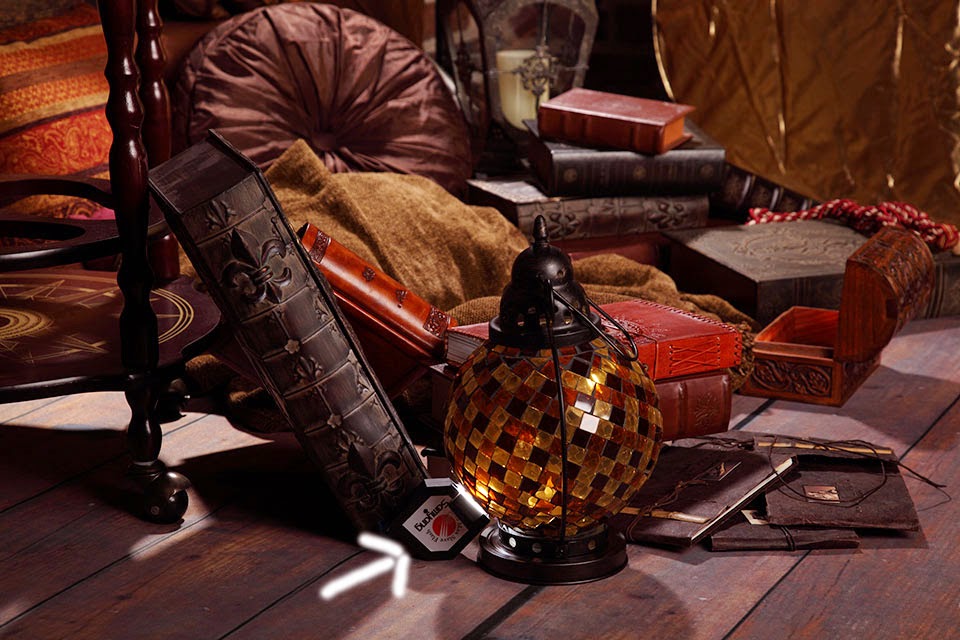 Tech tip - to make the two lanterns glow, I put a mini slave (battery operated flesh) behind each one & covered it with a piece of orange gel (two layers), the only down side is the recycle time is not great even with fresh batteries (about 2 sec) so I had a bunch of shots where the flashes didn't fire.

I get a giggle each time I play it so I'm pretty happy my serious idea didn't pan out as expected :) Instead of a framed print I'm going to make a few mini accordion books & gift the grand parents...

Wishing all of you a good happy laugh each & every day!
Posted by vered at 9:45 PM

"today is the first day of the rest of your life" so get out there & do something good!

Thank you for visiting with me :) I created this blog to share some thoughts & information you might find helpful & interesting.

As you see, not all posts regard photography subjects only, I do have a life outside of my studio, lol! & life has a lot to offer if you simply allow things to come your way.

feel free to make comments, suggestions & share your insights; remember, other people read this & might find your gems helpful & inspiring - a wise man once said "it's not who inspires you but who YOU inspire"!

Enjoy & have a blessed day!

my on line portfolio 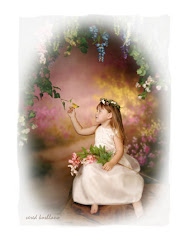 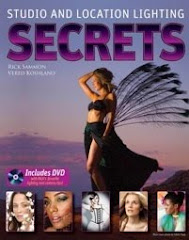 My latest book – with Rick Sammon and a little help from my friends :)

Join me & support the ASPCA!